the best present of all...

...is a present wrapped in pure sugar!
My neighbor, Chase chose this cute cake out of the Wilton Celebrate With Fondant book for his 15th birthday, because he LOVES fondant. I'm telling you, he would eat that stuff right out of the box!
So, without further ado... 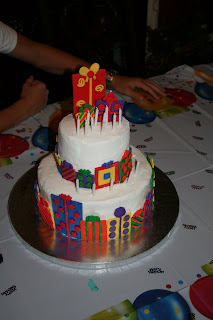 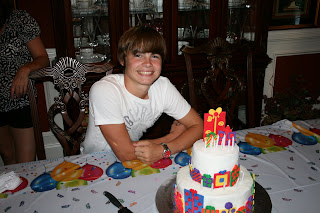 Posted by Kelley at 8:20 PM No comments: 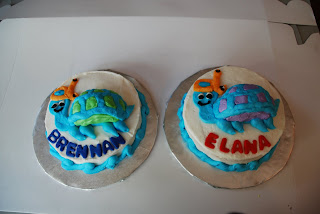 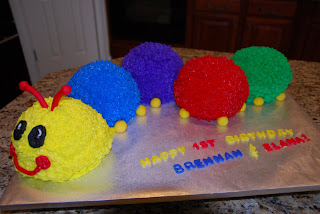 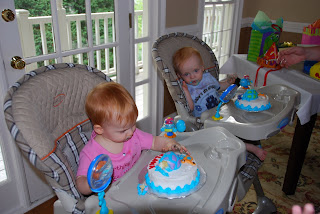 Well, around here June is CAKE month! I have two daughters with June birthdays, as well as my son's best friend, and my friend's twins! Unfortunately, the special occasions are not even spread out over the entire month. They all take place between the 18th and 24th. Craziness!

So, in anticipation for making one Hello Kitty cake and one Baby Einsteins cake, and another cake with an unknown theme all in the next week or so, today I stocked up on: 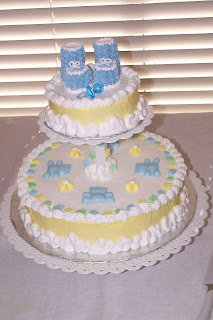 About 4 years ago, my good friend Krista was pregnant with her third child (but her first boy)! So, I offered to do the cake for her baby shower. It was fun to make all of the little molded fondant decorations and the baby booties, of course. I think the cloud border gives it such a "dreamy" effect. 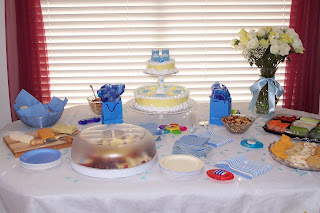 Well, graduation season is here again, but since I don't have any current graduation cake projects in the works, I thought I'd share a couple from the past, since I hadn't posted them on this site before. 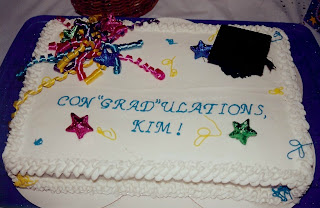 The one for Kim was pretty early on in my cake-making adventures. (I think I'd only been doing it for two or three years at the most.) So, I used a lot of artificial decorations and just tried to make it look festive. I like the ruffle border on that cake, though. 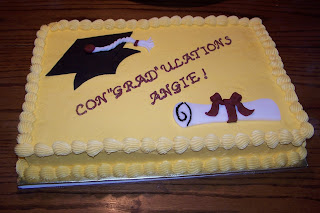 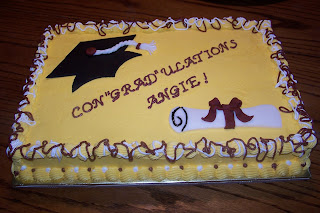 Angie's cake was in 2005, so I'd been doing cakes for about eight or nine years at that point. And I was just beginning to play around with making fondant decorations. So, I had lots of fun making the mortarboard and diploma. I think the tassel was my favorite part.

Interestingly, they both have the same corny "Con-GRAD-ulations" message on them, and it's even in the same font. I'm ever so creative, aren't I? Fortunately, Kim & Angie never met each other to compare notes on the cakes I made for them!
Posted by Kelley at 11:12 PM 1 comment: